After the bombing of Pearl Harbor in December of  1941, America entered World War II against both Germany and Japan. In response to the declaration of war, Germany sent U-boats to American waters, including the Gulf of Mexico. Bases all along the Gulf Coast were fortified for protection. At the same time, Germany developed the “flying bombs” called V-1 and V-2 bombs (V for Vengeance, also called the “buzz bombs” for the noise they made on descent ). These pilotless rockets were directed from Europe to England and almost destroyed London. The V-1 rocket was launched from land. It flew up to 4000 feet, , an attained speeds of up to 400 mph.

By 1944 the Allies captured some of these flying bombs, which were shipped to Wright Field in Ohio to be copied and reproduced. For that effort, the War Department authorized 90 million dollars for a project called MX-544. Assignments were awarded to multiple corporations; Republic Aviation Corporation for the airframe, Ford Motor Company to produce the pulse jet engine, Jack and Heintz Inc to develop the autopilot system, and Alloy Products for the airtanks. Out of 10 attempts only the JB-2 was successful.

Eglin fields was initial site for the JB-2 trials. The military procured private land near the western edge of Walton county in the fall of 1944. The land belonged to John and Dorothy Coffeen and was leased by the Army Air force for the duration of the war. The first test facility was designated Range 64 JB-2. The site was selected because it was a remote location, had large sand dunes for earthen launch ramps, level areas for operational facilities, and uninhabited shorelines. 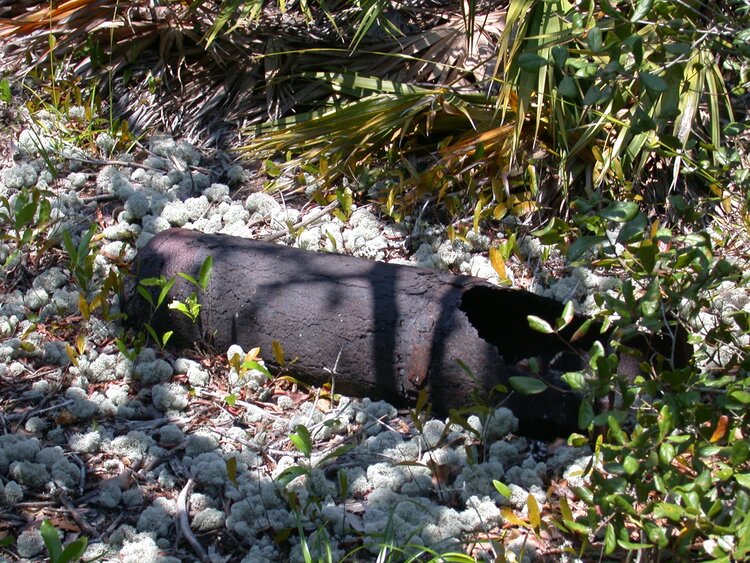 Testing of the fledgling air weapon technology was needed because they flew at jet speed, had less than perfect guidance systems, and had large target radius and volatility. That left lots of room for error. Range 64 JB-2 became a selfsufficient base of operations and included missile launching, storage and maintenance facilities, housing quarters, and a fully provisional mess hall. At its peak the project had a total population up to 200. In fact, it became so overcrowded that additional 300 men assigned to Training Aquadron P were located 1.5 miles east in which would be part of Topsail Hill Preserve State Park today.

Overall there were 9 rocket launches built at a cost of $157,000. About 1300 missiles were produced for use during the final stages of the war. The missiles were shipped to Eglin AFB where about 600 unarmed missiles were test launched over the Gulf from the Coffeen Preserve missile-launching ramps, while others became targets for practice shooting by anti-aircraft guns. This small beginning was the start of the United States Strategic Missile Program. For a comprehensive read about the unmanned armed vehicle history see Gary Frances Quigg, “JB-2 America’s First Cruise Missile” (2014).

The Coffeen Nature Preserve still has two missile-launching ramps, each more than 100 yards long, and their associated control bunkers that were used during the missile tests. Visitors can view and explore the missile-launching ramps and the observation bunkers. The best preserved bunker is located near the dock at Lake Fuller. Two other bunkers are located on the Sand Pine Military Trail. A preserved launch ramp is best seen along Topsail Bluff Trail. Please stay on the ramp itself, since the nearby sand dune is a sensitive environment, which can be significantly harmed by human foot traffic. 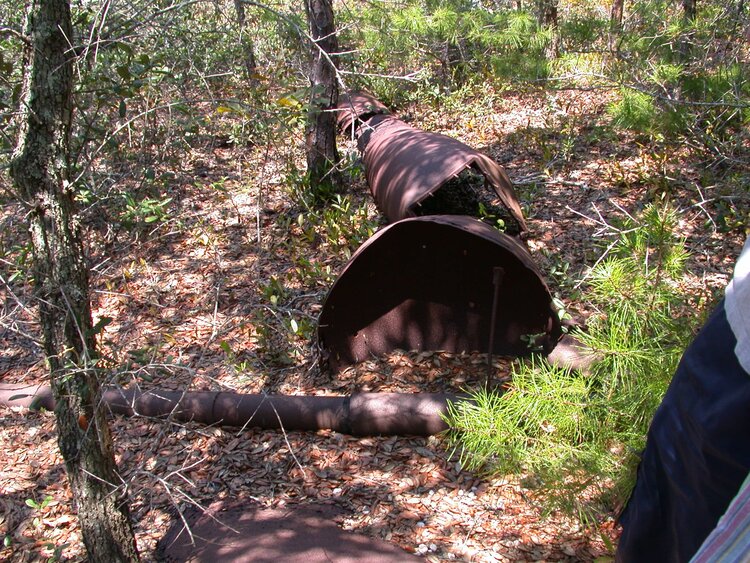