The land that now comprises the Coffeen Nature Preserve was part of a very large tract of land purchased by John & Dorothy Coffeen and Robert & Mary Bushnell in the early 1940’s. Robert Bushnell, former Attorney General for State of Massachusetts, was Dorothy’s brother. Dorothy Coffeen was the descendent of David Bushnell, inventor of the submarine, and Horace Bushnell, a famous theologian. You can read more about the Coffeen side of the family in Ed Coffeen’s reflections.

During World War II most of  the Preserve  was taken over by the Army Air Force to test an American version of the German V1 rocket. By 1945 the land had undergone massive devastation and required extensive undertaking to clear and repair the land. Topsail Bluff, once the highest point between Pensacola and Panama City had been bulldozed to remove the tree growth and that resulted in loss of eight feet in height from sand erosion.

A new archaeological find was discovered as a result of this erosion; the coals of 3 fires laid out in a triangular formation with Indian artifacts. Analysis dated the site to around 600 – 700 years BCE.

In her later years, Dorothy decided to keep the unsold land as a nature preserve. Her views about what the Preserve should be like are well reflected in something she wrote in 1968.

A place of peace and quiet and a haven for all God’s creatures. It is a place where Nature can take precedence over the superficial, and where those who can appreciate Nature in her various moods and forms can find a haven; where all of God’s small creatures can live their lives without molestation, suffering neither man’s indifference nor pursuit." 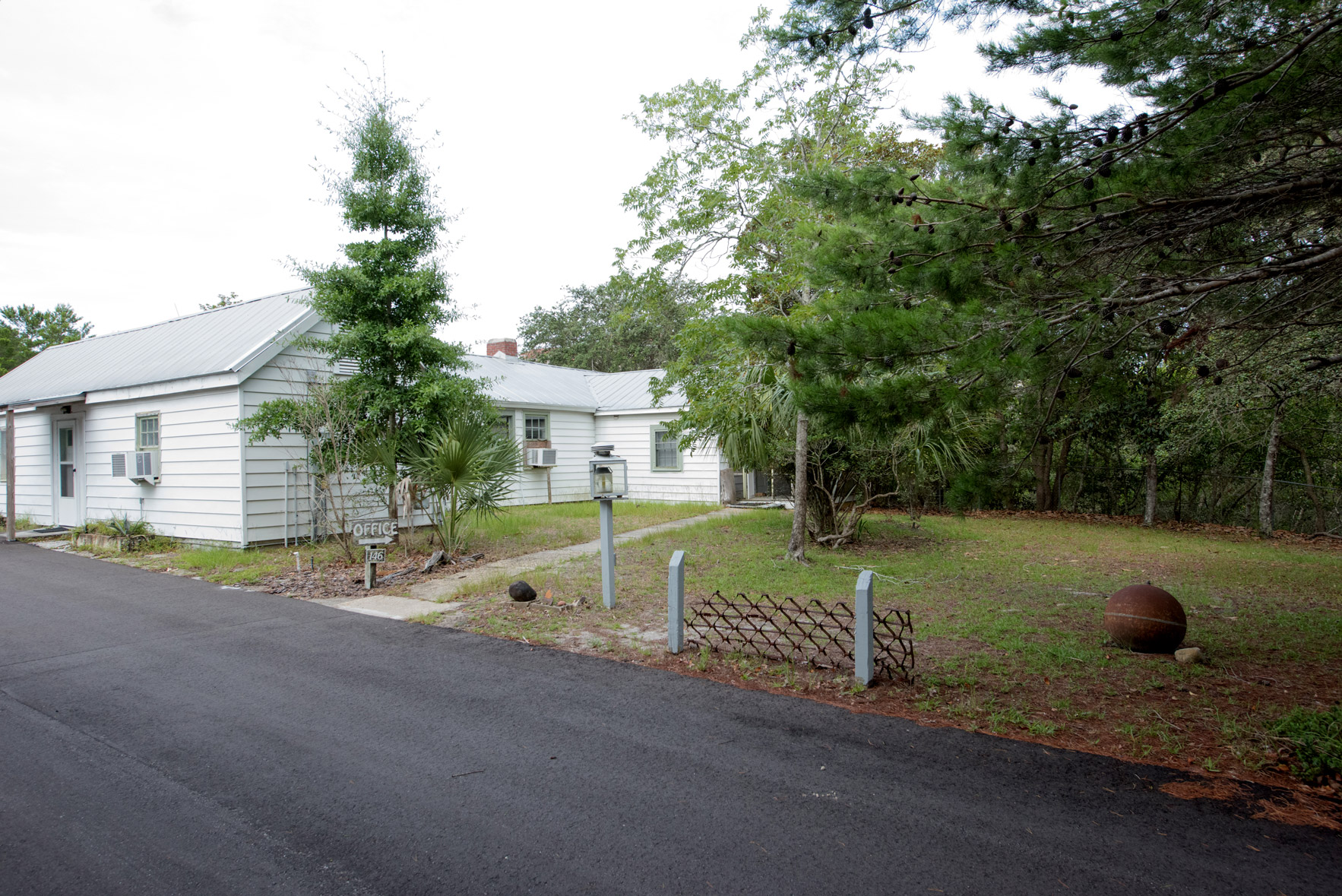 The Coffeen Land Trust’s purpose and goals remain the same as those of Dorothy Coffeen and the Sierra Club foundation. It wishes to maintain the Preserve as a place of quiet refuge, suffering neither man’s indifference nor pursuit.

Reflections of The Early Days
Menu

Find interesting birds, reptiles and other wildlife on your visits to the Preserve.

Beautiful plants and foliage are found all around the Preserve.