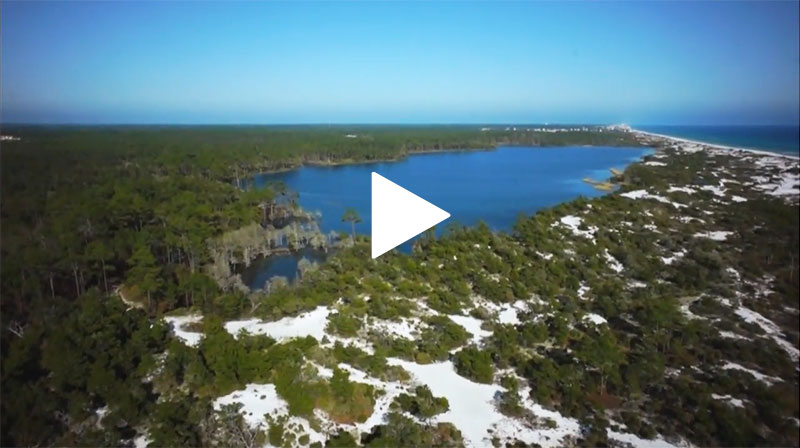 Film by Elam Stoltzfus The coastal dune lakes of northwest Florida are home to many diverse species-some of them endangered such as the loggerhead sea turtle, the snowy plover, and the Choctawhatchee beach mouse. These lakes also offer locals and visitors a peaceful haven, which has led to an increase in human activity resulting in […]

Hidden In Plain Sight: The Story of Coffeen Nature Preserve 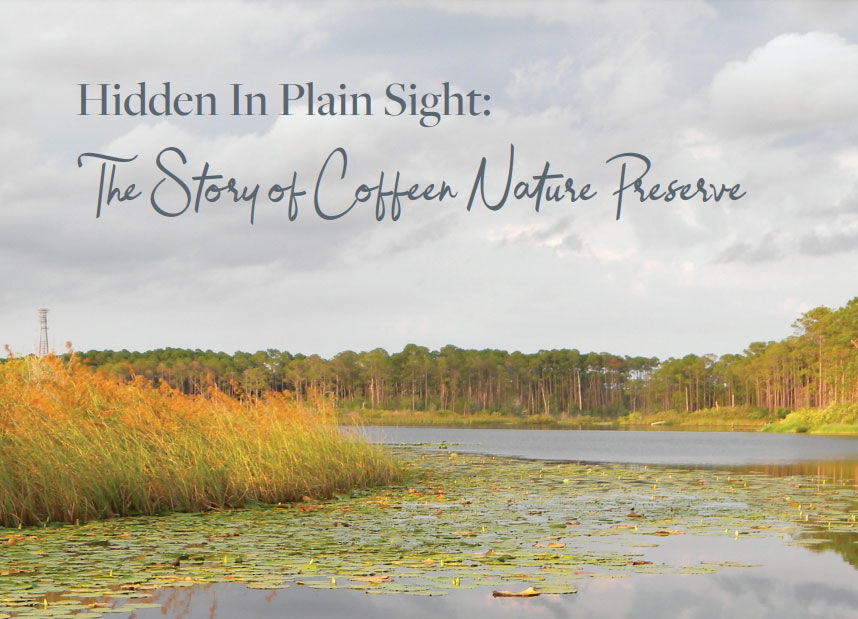 Feature Article in Niche Magazine, Spring 2022 Tucked just out of view off Highway 98 between Tops’l Resort and Topsail Hill State Park, you’ll find the entrance to a veritable wonderland of nature and wildlife. It’s a rarity to see so much “green” in an area that has become not just one of the fastest-growing […]

There are many aspects of the Coffeen Nature Preserve that make it unique, perhaps the greatest is Lake Fuller. Coastal dune lakes are quite rare.  There exist only 25 in the world, and 15 are located here in Walton County.  Why are they so rare? What makes them so different? Other places on earth where […]

While driving through the Preserve, one will occasionally see some turtles. Turtles are divided into those which are aquatic and those which are terrestrial, such as the box turtle and the Florida gopher tortoise. There are several species of box turtle (eastern, ornate, and Florida). It has the unique feature of being able to fully […]

As hot weather engulfs the area, expect to see more snakes, which includes rattlesnakes.  The eastern diamondback and the pigmy are the most common in this area.  Snakes like all reptiles are exothermic and depend on the warmth of the day to maintain their body temperature and stimulate digestive activity.  They are the most recognizable […]

With streamline bodies and flipper-like limbs, sea turtles are graceful swimmers well-adapted to life in the marine world.  Each species has their own set of adaptations, diet and behaviors. They include Kemp’s Ridley, Hawksbill, Loggerhead, Green, and Leatherback. Sea turtles are able to navigate over long distances, sometimes entire oceans, by using the earth’s magnetic […]